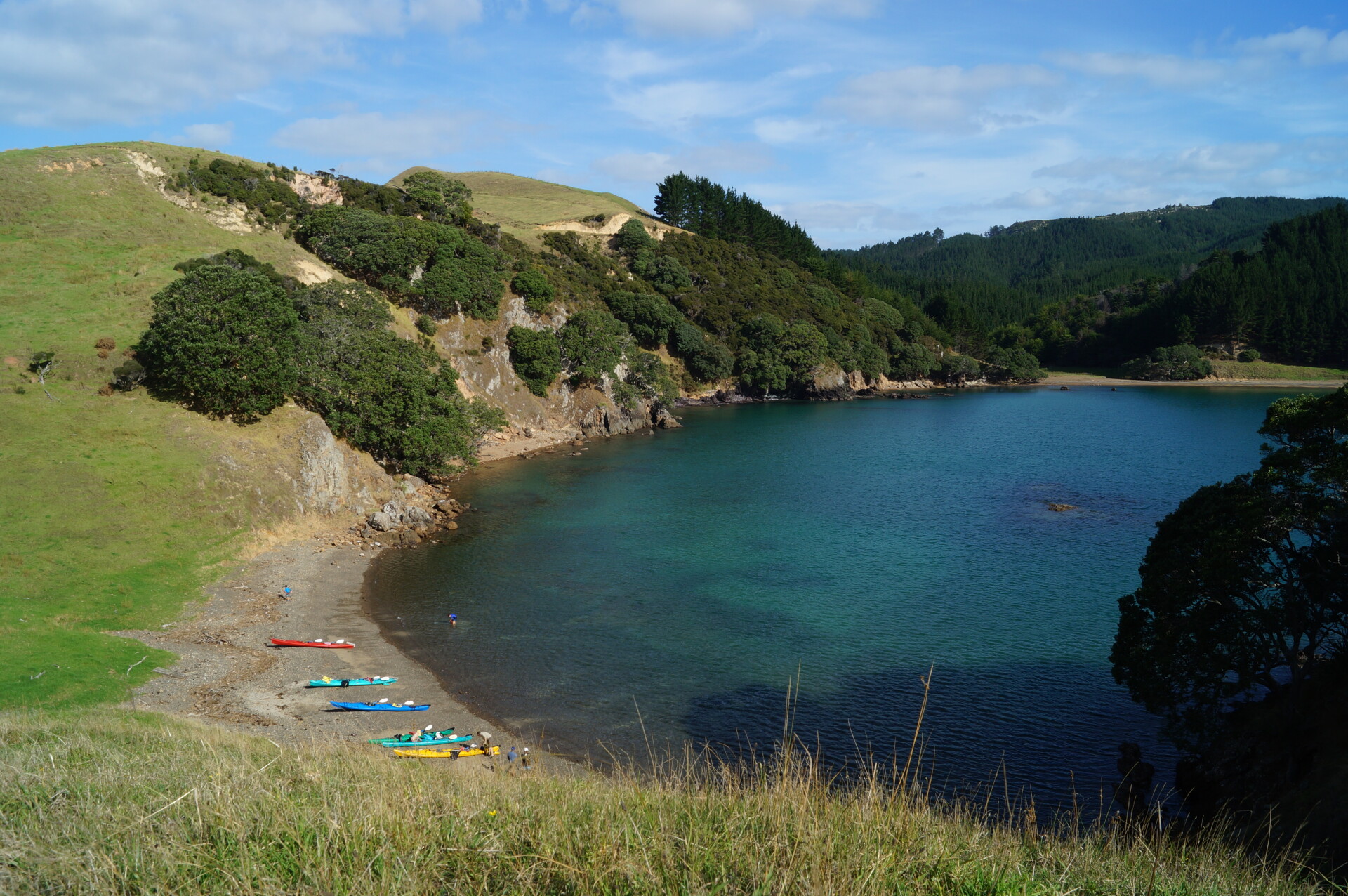 My amazing time on the Northland Discovery *Part 3* 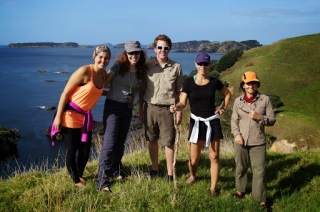 Read the third part of his Northland Discovery adventure "Pavlova Time" below:

Everyday continues to blow my mind. I keep thinking that I've got to be at the pinnacle of this amazing undertaking, but each day keeps showing me that I’m not there yet. We left the small town of Russell behind this morning and headed on northward. Instead of going for a hike, all but 3 of our group decided to go kayaking, and I’m pretty sure it had something to do with how tired our legs still are from yesterday. We met Richard (our guide) at his house way back in the middle of nowhere. He’s got one of the best views from his house I’ve ever seen. He literally is on a cliff that overlooks his own private beach and bay area in New Zealand on the Pacific Ocean…I mean come on now! Before turning us loose in the mother of all of oceans, he gave us a beginners lesson on kayaking (which I discovered I needed very much after hearing what he had to say). We then walked on down to the beach while he brought the kayaks down by tractor. As soon as we walked up there were about 8-10 dolphins just hanging out in the bay where we were going to put in. 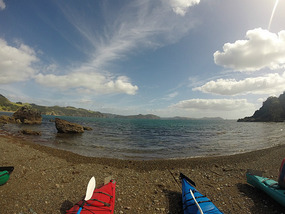 Unfortunately, they were a little far out for the Go Pro to see them very well, and they didn’t stick around for us to get in the water and get out to them; so, I didn’t get any pictures.

Even though we went out on the Pacific Ocean, it wasn’t that bad because we had 2 people in each kayak, and the water was calm most of the day. First, he took us out to an island that was formed from volcanic lava millions of years of ago. There we ventured through a small cave and got to see rocks jutting up from the ocean where every 1mm=1000yrs. And trust me, there were a lot of millimeters. Close by there was a second island called 'The Arrow' that we didn’t visit, but he said it's over 300 million years old which is older than the main land itself.

Next, we kayaked down the coastline to Whangahi Bay where we had lunch. Richard made us some very tasty hot chocolate, coffee, and tea to go with the sandwich meat and fixins we had brought. It still amazes me that even though you think you know what you’re getting into when you plan out a trip as meticulously as I did this one that there’s still plenty of surprises along the way. If you would have told me that I’d be kayaking in the Pacific before I left home I would have told you you’re crazy. 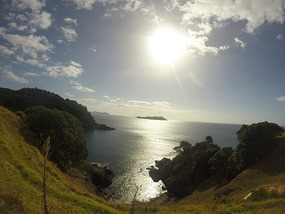 My kayaking experience up until this point in my life has been minimal and not that fun, but today was one of the best experiences I’ve ever had...I had a picnic lunch and hot chocolate sitting in this very remote, small, private bay in New Zealand that we had to kayak to to get to and all of that was after seeing dolphins just playing around. I mean how much better can it get!

On the way back from lunch, we came across another school of dolphins, but we were again unable to get very close to them; so no pictures this time either. We made it back to Richard’s beach around 4pm where one of our guides, my dad, and another group member was waiting on us. While we had been out kayaking, they had taken a ferry ride in Whangaroa and had a very relaxing day of sight seeing the easy way. After leaving Whangahi Bay, we stopped for fish & chips at a famous fish & chips spot called Mangonui Fish Shop. We then headed on to our accommodation for the night which was at Hukatere Lodge. Now, Hukatere Lodge is not like your average lodge. For starters, it’s 9km (5.6 mi) down a gravel road. It has electricity run strictly off of solar panels, community bathrooms, and a couple cabins that have no power at all - you know, for that little something extra experience some folks are looking for. It’s a very nice setup though - secluded yet homey. 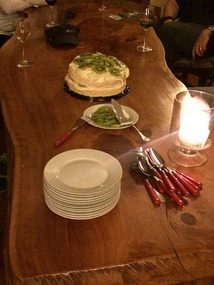 We had saved dessert until the lodge, and I got a cooking lesson from the locals. We had an authentic New Zealand or Australian dessert (depends on who you ask) called Pavlova. Now for those of you who don’t know what that is I’ll do my best to explain it. To me it’s like a cross between Angel Food Cake and Peeps (those marshmallow sugary treats you find at Easter time). It’s a very lightweight cake that you spread cream on and put fruit in. Here’s how we made it. We bought the cake itself already made then I whipped the cream then we split the cake in half, put down a layer of cream, then a layer of bananas and kiwis, then put the top half of the cake back on, then added another layer of cream on top along with a final layer of bananas and kiwis. Apparently, it is commonly used as a birthday cake over in these parts. It was very good with most of the flavor coming from the fruit, and the cake being made mostly of sugar. Oh yeah, and there’s no flour in it either. I decided I wanted to add this dessert to the ole recipe book so I’m going to trade one of the women in our group a link to my blog for her mother’s Pavlova recipe which means hopefully I’ll be making one from scratch before very long. All in all today’s experience has been one of the best I’ve had. Everything has went off perfectly, and we are all looking forward to tomorrow so we can continue to let the good times roll.

You also, can have your cake and eat it too 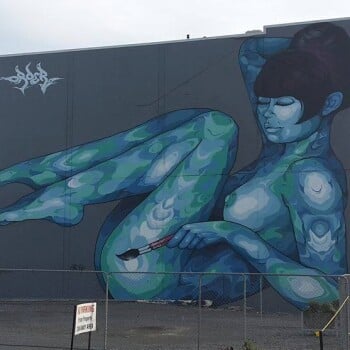 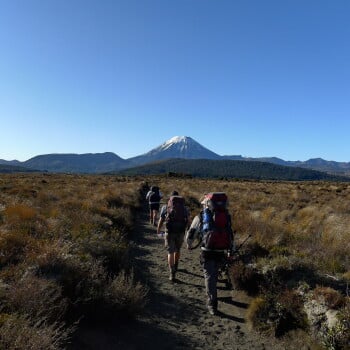 Sometimes you wonder if the weather actually cares what season it is in New Zealand. We have some lo… 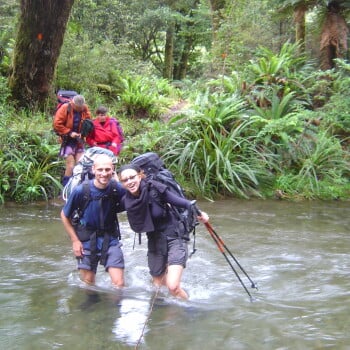 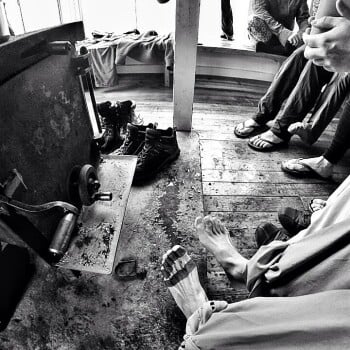