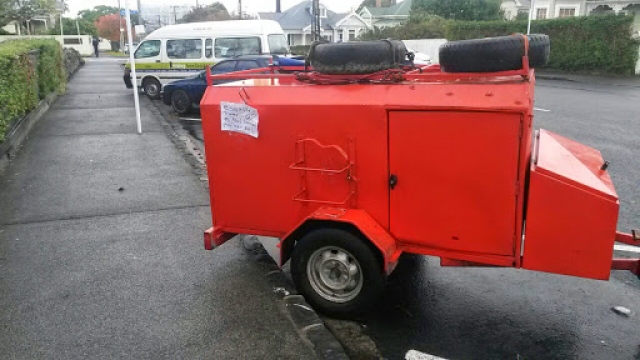 This is one of those tasks that had a large gap between the idea and the eventual reluctant foot-dragging procrastination of doing it – but in the end it worked well.

I was inspired by an article I read in the Economist newspaper that just stunned me. Did you know that electronics contain toxins? Lead, chromium, mercury and arsenic for example. Monitors made with tubes have a lot of lead in them. Most flat panel monitors and televisions contain less lead, but more mercury. An estimated 70 percent of toxic waste in landfills comes from discarded electronics. In many countries it’s a crime to throw toxins into landfills (New Zealand has no such laws). Lead is a topical issue right now, especially the effect that it has on children and the realisation that levels thought safe in the 1980s and 1990s are now considered to be quite harmful.

I organised an e-waste collection in our local community using the school mailing list and newsletters (1000 kids) and set up a nearby childcare centre as the collection point. I parked one of the old work trailers outside and made it a gold coin donation to the childcare centre for bringing any electronics and electrical goods in.

Many folk had no idea that it was harmful to dispose of these items in the traditional waste stream and were most happy to pay a donation to get rid of these items. In the future they will put aside items for the next e-waste collection.

The childcare centre made a few dollars, we kept some heavy metals out of the ground water and we educated a community (and it didn’t take much time).

Finally we partnered with another charity that reuses, recycles or disposes correctly of all the waste. They even picked it up. It’s amazing what they can take and reuse. They accept the waste for free and disassemble it and then auction off pellets of components internationally; a lot of phones go to Africa for example.

It’s one small thing and it doesn’t make us purists, but it was definitely the right thing to do.