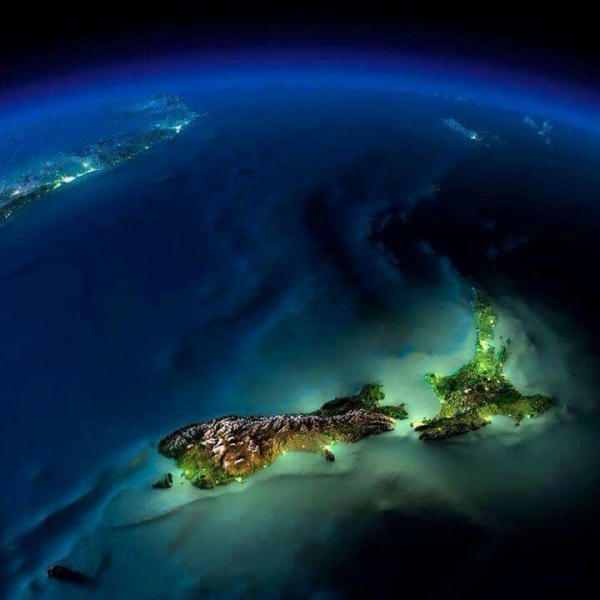 The Story of the Land

The landscape of New Zealand is diverse and dramatic. There are steep mountains, deep lakes, active volcanoes and rugged coasts. The land has been sculpted by glaciers, rivers, wind, and sea (and bulldozers). These erosion processes gradually etch their own signatures upon a basic landmass; a landmass slowly emerging from the ocean as a result of continuous turmoil deep within the earth's crust. 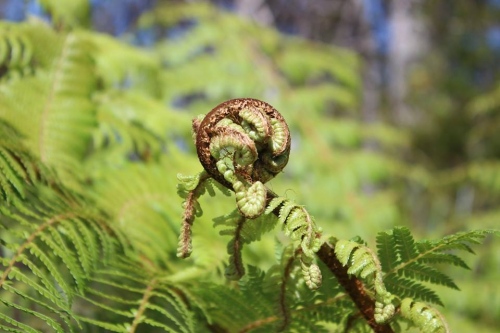 Isolated from the evolutionary processes occurring on other continents, New Zealand developed a unique nature with many of its own plants and animals. The forest floor abounds with animals inherited from Gondwana times - 80 million years ago. Before humans arrived and introduced numerous noxious species, our vulnerable flightless birds and ancient tuatara were relatively unchallenged. Today, sadly, many of these fragile endemic species are confined to a handful of pest-free habitats. However, even with the amount of imported produce arriving in the country, New Zealand still remains free of many potential pests, such as snakes, scorpions and nuclear ships.

The Maori came to the Land of the Long White Cloud (Aotearoa) from Hawaiki, land of legend, between 800 and 1200 years ago. The majority lived in the warmer North Island, establishing a society based on hunting, gathering, fishing and subsistence agriculture. After European explorers bumped into the country (Abel Tasman in 1642 and James Cook in 1769), a new wave of settlers arrived. From sealers and whalers, came traders and profiteers, followed increasingly by settlers seeking a better life and green pastures. The Maori way of life changed forever and through the periods of chaos and conflict, a new order began to emerge. 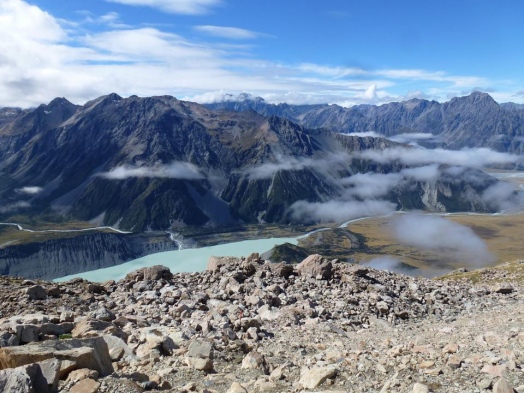 There are more exceptions than rules in New Zealand's climate. The weather is also extremely changeable. Warmth, rain, sun, snow, hail, sun can happen any time of year anywhere in this temperate, ocean-controlled climate. While the far north of New Zealand is experiencing equatorial warmth, the south, 1600 km away, may be shivering in the blast of cold polar air, and occasionally visa-versa. Typically the west, exposed to the moist westerly winds, is famous for its rain, often in summer, and the east side is correspondingly dry. However when the weather flows in from the south, as in winter, this feature is often reversed with sun on the West Coast and rain in the east. Temperatures in the mid-20s are common in the summer months of January and February in both Islands. Winter snows start arriving from May, bringing day time maximums of only a few degrees Celsius to many of the Southern townships.

The Nature of New Zealand's Wilderness and Tourism

Nature is neither your friend nor enemy. The wilderness can be hard on people who venture beyond their ability, but is itself fragile to the pressure of expanding humanity. Before people arrived, 80% of New Zealand was forested. Today, only 20% of our native forest remains.
At present there is discussion between New Zealand's tourism and environmental interests. Although tourist operators make our natural areas more accessible, they also have the potential to over-populate and over-develop them. If this happens then the initial get-away-from-it-all experience is lost.

We plan our trips so that they are as unobtrusive to New Zealand's nature as possible. We do this by travelling in small groups into less busy, off the tourist trail areas, and by trying to leave no trace of our visit.

The All Blacks Haka

"New Zealand nature - to be protected and enjoyed!"

New Zealand has much to offer...why not experience it in real kiwi style? Book now.