My amazing time on the Northland Discovery *Part 2* 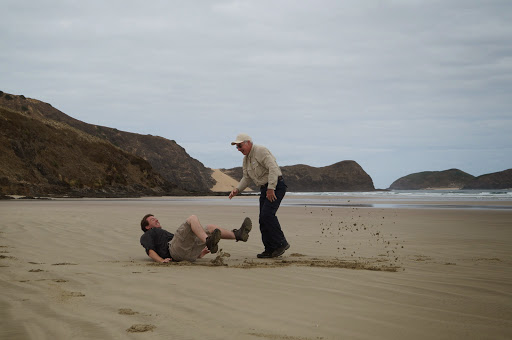 Read the second part of his Northland Discovery adventure "Speechless" below:

Today I’ve seen the most amazing sights of anywhere I’ve been on this trip. New Zealand has surpassed its reputation of being one the most beautiful places on earth. This was by far the hardest day I’ve had; we trekked 9km (5.6 mi) in 5 hours that was uphill for the vast majority of it. Although the views were worth the climb, it has been an exhausting day to say the least. To start with, we drove about an hour east to Cape Brett where our journey began. From there we walked to the Whangamumu Scenic Reserve which is basically a beautiful, hidden away little bay within the north part of New Zealand. We stopped for a few minutes and played around on the beach there then continued on just a stone’s throw up the trail to the old Whangamumu Whaling Station. Back in the mid 20th century this site was a processing center for whales. Fishermen would trap whales in nets (a method unique to this region) or spear them and drag them up onto shore and process every part of them including their blood and bones. Then, they would trade or sell whatever they didn’t need. 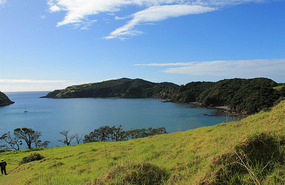 After that, we walked for about another 2 hours before getting to Te Toroa Reserve, which was a lot like Whangamumu Scenic Reserve. There we had a nice lunch and were able to play in the water a little while before having to head back out. Our last big sight seeing location was 345m (1130 ft) on top of Pukehula - the highest hill within the Bay of Islands. At first I thought the ‘Bay of Islands’ was unique to the Great Ocean Road. Then, I thought maybe either that Bay of Islands or this Bay of Islands was named after one or the other. But then I discovered that the term 'Bay of Islands’ is thrown around a lot- pretty much anywhere there are a group of rocks or small islands right off of the shore line. So, it’s really not as unique as I thought it was.

I can’t put into words how phenomenal the hiking has been. The weather has just been amazing - highs around 65F (18C) with misting rain to sunny. We been through forests to wide open brilliant green fields to beaches with sand that was soft as feathers, I’ve seen amazing plant life from a native palm tree that takes 20 years before they ever even form a trunk to silver ferns which are one of New Zealand’s national emblems.

All of the people in our group are so interesting as well. 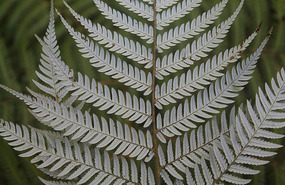 We have 3-4 certified divers; one of whom is a PADI instructor. He is an older man and has had one of the most interesting lives I’ve ever heard. He just kept wowing us with his stories for hours during supper which by the way was the best meal I’ve had since I’ve been gone. He suggested I try the lamb rump because apparently New Zealand is world famous for their lamb, and it was unbelievable good. So juicy and tender and full of flavor. Believe it or not it tasted somewhat like beef, but it had a much more complex flavor spectrum and was more juicy than most beef. After being blown away by the hiking during the day and the good conversation over supper, we decided to turn in early and try to recoup before hitting the trails again tomorrow. I’ll leave you with a quote on the wall at the restaurant where we ate -

“Life is not measured by the number of breaths we take, but by the moments that take our breath away."